One of the things that got briefly referred to in the under-actuated robotics course was the excellent paper "Variable Resolution Discretization in Optimal Control" by Munos & Moore. I'd had a copy of the paper lying around for a while, because it was mentioned in Steven Lavalle's book Planning Algorithms

One of the best things about the Munos & Moore paper is a really great explanation of how interpolation in simplexes using Kuhn triangulation works, as well as a number of really great diagrams. I've attached some (pretty horrible) Mathematica code that I've used to reproduce something similar to one of the explanatory figures from that paper. 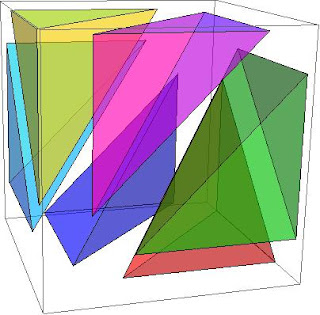